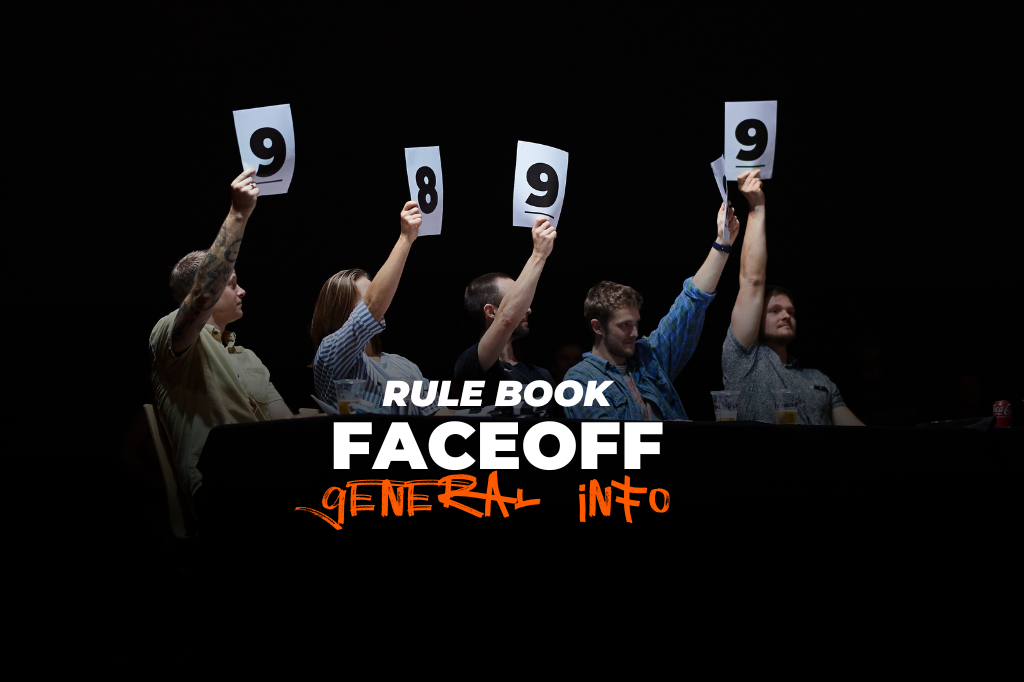 Get to know every little nook and cranny about FACEOFF X INDIVIDUALS right here.

Who are the judges?

Five judges will make the all-important decisions to choose who wins the battles and who will ultimately take home the title. One of these is also the discipline judge. The discipline judge has the responsibility of making sure that criteria are met, and scores are correct. Each of the 5 scoring judges’ votes weigh equally in the evaluation

The competition is based on freedom and creativity, which is why the judges are free to judge a trick as they see fit. A score is to be given, based on the athletes execution of a trick, ie. Elements of style, difficulty and landing. Creativity, ingenuity, showmanship, audience appeal and safety will also be components of the scoring. A judge’s score is subjective to the individual judge, but must not be given from a personal or club-affiliated standpoint. They will judge only the gymnast’s performance.

An athlete must be in control when landing in the landing area. Falling, without initial foot support will result in a significantly lower score. In the case of an unsafe or reckless trick, the trick will be discarded and rewarded 0 points.

In general a trick/round will be judged with a score ranging from 0 and 10, 10 being the highest. The score for the individual trick/round will be calculated as the average of the 5 scores, given by the judges, and will only function as the basis of awarding discipline points. In case of identical scores between two athletes, discipline points will be awarded, equivalent to the shared placement. Ex. 8,8,6,5 etc.

The competition is constructed as an elimination race. This means that the athlete with the lowest total ranking of discipline points will be eliminated after the disciplines shown below:

In the disciplines 1-3 the female athletes will compete first and then the male athletes.

●      After the 1st. discipline, all of the field will continue to the 2nd discipline.

●      After the 2nd discipline, the field for both male and female will be reduced to 6 athletes.

●      After the 3rd discipline, all 6 male athletes will proceed. (The third discipline is the women’s final after which we will have the winner of the female competition.)p

●      In the final discipline, the winner of the FACEOFF x Mens Individuals is found

A big screen will show the order of the participants on stage during the competition. In the case of an equal amount of discipline points, the athlete will be ranked by the following principle:

2.     Most victories, compared to other gymnast(s)

4. Sudden death in the latest discipline.

The main landing area will be a custom made foam pit.

Before the beginning of the competition, the athlete will have the opportunity to warm up on the stage, and to do touches on the 20m airtrack and in the mini trampet. 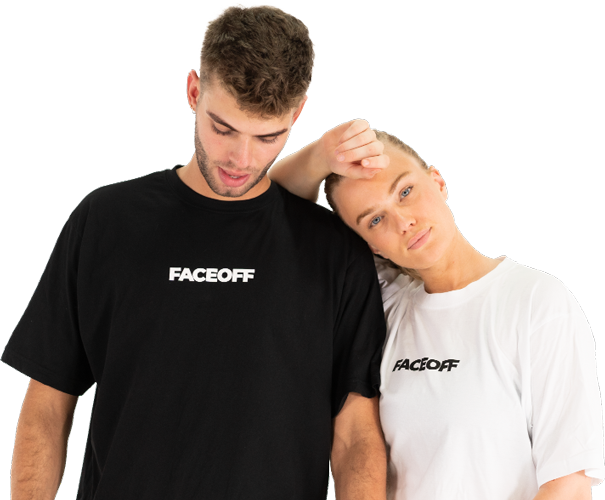 We use cookies on our website to give you the most relevant experience by remembering your preferences and repeat visits. By clicking “Accept All”, you consent to the use of ALL the cookies. However, you may visit "Cookie Settings" to provide a controlled consent.
Cookie SettingsAccept All
Manage consent

This website uses cookies to improve your experience while you navigate through the website. Out of these, the cookies that are categorized as necessary are stored on your browser as they are essential for the working of basic functionalities of the website. We also use third-party cookies that help us analyze and understand how you use this website. These cookies will be stored in your browser only with your consent. You also have the option to opt-out of these cookies. But opting out of some of these cookies may affect your browsing experience.
Necessary Always Enabled
Necessary cookies are absolutely essential for the website to function properly. These cookies ensure basic functionalities and security features of the website, anonymously.
Functional
Functional cookies help to perform certain functionalities like sharing the content of the website on social media platforms, collect feedbacks, and other third-party features.
Performance
Performance cookies are used to understand and analyze the key performance indexes of the website which helps in delivering a better user experience for the visitors.
Analytics
Analytical cookies are used to understand how visitors interact with the website. These cookies help provide information on metrics the number of visitors, bounce rate, traffic source, etc.
Advertisement
Advertisement cookies are used to provide visitors with relevant ads and marketing campaigns. These cookies track visitors across websites and collect information to provide customized ads.
Others
Other uncategorized cookies are those that are being analyzed and have not been classified into a category as yet.
SAVE & ACCEPT
Powered by

Get the latest FACEOFF news delivered right to your inbox!

After signing up for the newsletter, you will recieve occasional surveys and special offers from FACEOFF via email. We will not sell or destribute your email address to any third party at any time. View our Privacy Policy.